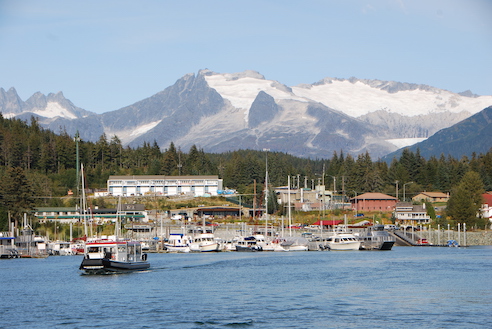 Haines and Skagway are both situated on arms of the Lynn Canal which is an inlet into the mainland of south east Alaska. The fjord is graced with abundant wildlife and glaciers. We enjoyed a couple of nights in the small fishing community of Haines where we camped right on the waterfront. A highlight of our time in Haines was watching the grizzly bears digging up tiny crustaceans on the waterfront and watching for the bears catching salmon in the Chilkoot River. 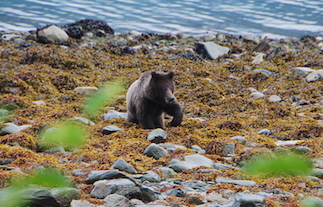 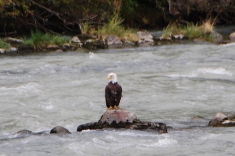 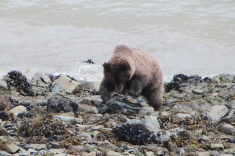 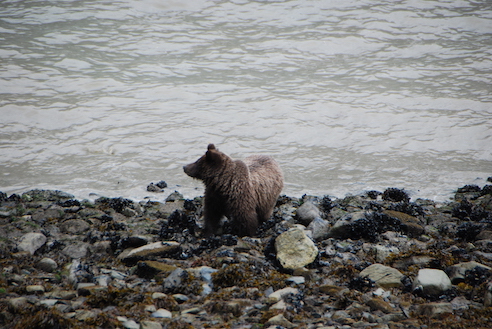 Fort Seward was built in the 1890’s in Haines during border negotiations between Canada and the US. The buildings are still in good condition and are now mainly private residences and arts venues but it was the only military facility in Alaska between 1925 and 1940. 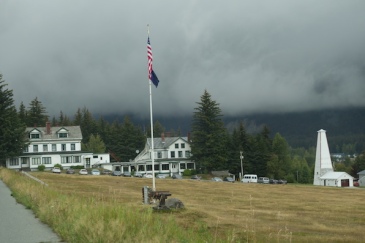 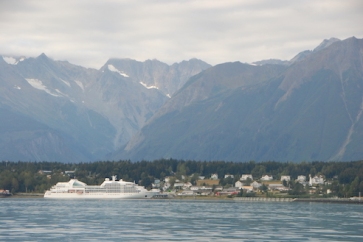 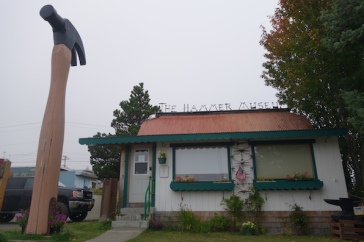 Yep, it really is a hammer museum! 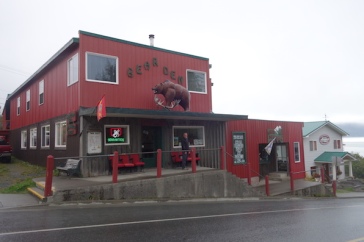 We took a ferry trip with troopy from Haines to Skagway via the Alaska Marine Highway (a ferry system) on a glorious afternoon and back on land we farewelled the last of our travel buddies. The others were headed south at a faster pace than we needed to. After several years of preparation and travelling together on and off for 12 months, it was a hard farewell but the others have plans to continue travelling after we return home in October.

The little township of Skagway gets over run with tourists for 5 months of the year. There were 4 large cruise ships in port the day we arrived and three on each of the subsequent days we were there. 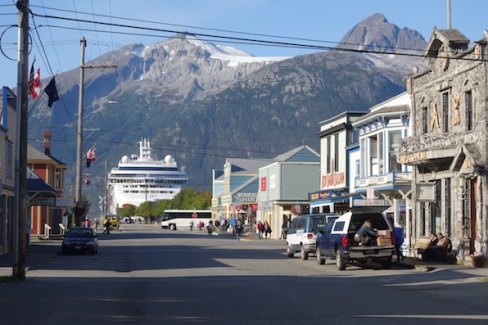 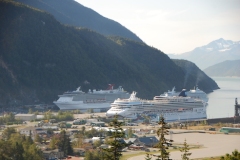 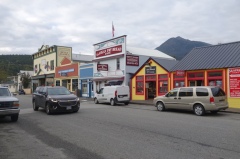 Skagway was the gateway to the Klondike back in 1898 for those seeking their fortunes on the Yukon gold fields. Skagway now has a large National Parks presence with many of the original buildings restored and accessible as museums. Park rangers take guided tours and there’s a theatre where films about the Klondike gold rush can be viewed. More adventurous travellers hike the legendary Chilkoot Trail, recreating the walk the stampeders took across the mountains to Lake Bennett (but without the requisite 1 ton of supplies that each of them were required to have with them!) At Lake Bennett, the stampeders built boats to carry them down the Yukon River to Whitehorse and then on to Dawson City – if they were lucky!

We took a 3 hour train journey through White Pass, witnessing the White Pass trail which was, for a short time, an alternative to the Chilkoot Trail and later became the route of the railroad that changed forever the passage to the goldfields. 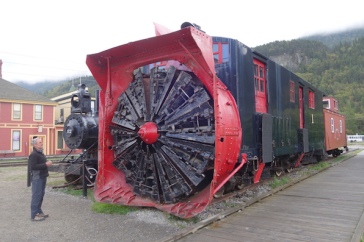 Near Skagway we camped in a beautiful spruce forest near the ghost town of Dyea. This is now a cleared area in a small bay but during the Klondike gold rush, there were 10,000 people living in this makeshift town. 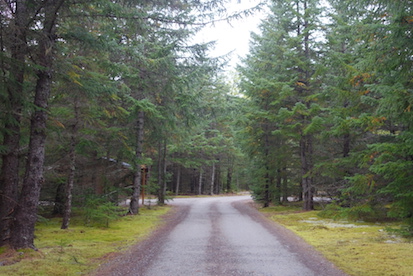 From Skagway we also took a one day boat tour to Juneau, Alaska’s capital. We had fabulous weather travelling down the Lynn Canal watching humpback whales, Dall’s porpoise, bald eagles, Stellar sea lions, seals, some lighthouses, waterfalls and glaciers. Just lovely. Juneau is the capital of Alaska and like Skagway has a wonderful history that is on display for the thousands of cruise boat tourists who descend on the place each summer. 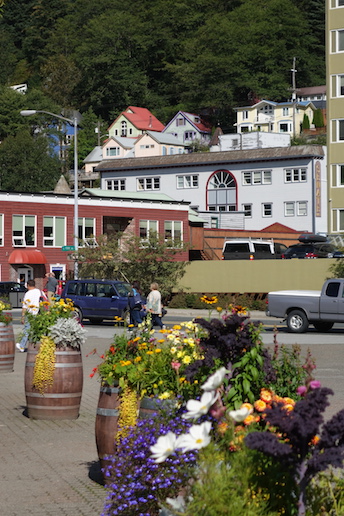 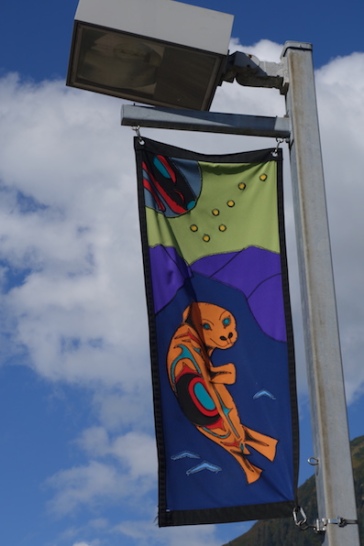 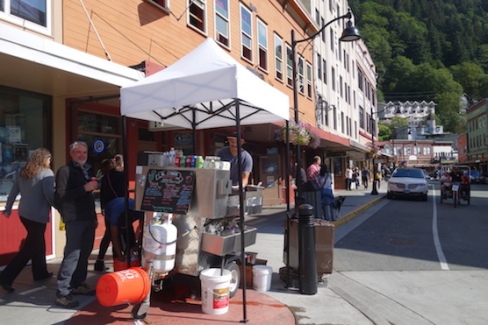 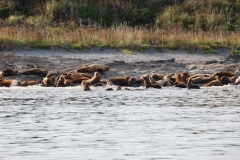 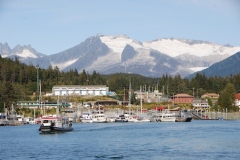