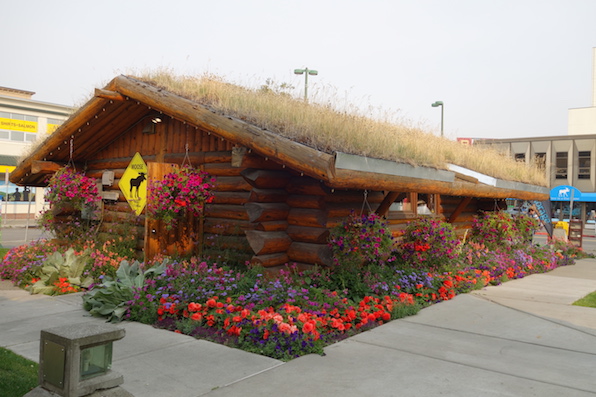 When we first began our planning for this journey, we thought that driving from Ushuaia, Argentina to Anchorage, Alaska was a crazy idea – but now we’ve done it! What was not much more than a thought bubble on a camping trip across the Simpson Desert 7 years ago, has become a reality. Anyway, on to Anchorage.

After a few days enjoying the Kenai Peninsula, we made a quick stop in Anchorage to have some car maintenance done and see what Anchorage was like.

Anchorage is Alaska’s largest town and a major commerce hub, crucial to the transportation of goods and services to the interior of the state. It began as an anchorage on Ship Creek in 1915. Buildings considered historic buildings tend to be fairly modern when compared with many other regions of the world. We spent a few hours in the central or ‘old town’ and spotted a couple of ‘old buildings’. 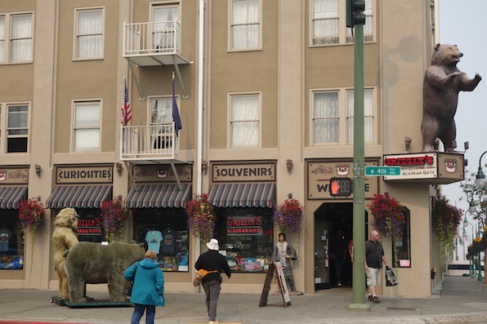 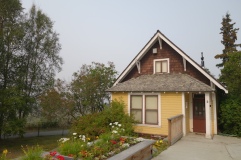 The first home built in Anchorage. 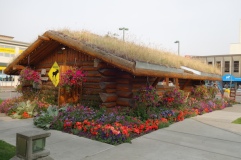 In Anchorage you can buy lots of souvenirs along with beautiful fur garments and there are several stores selling fur coats, rugs, moccasins and mukluks. 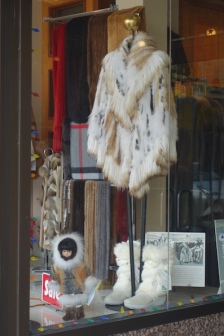 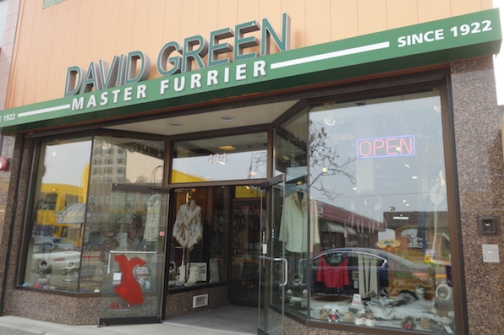 Within the city limits there are many walking trails and apparently 1500 moose, 250 black bears and about 60 brown bears. You’d think we would have spotted a moose…but no. Although we did see two black bears in the campground – or one black bear that did a circuit and came past twice. We aren’t sure. He/she/they passed us at breakfast time. 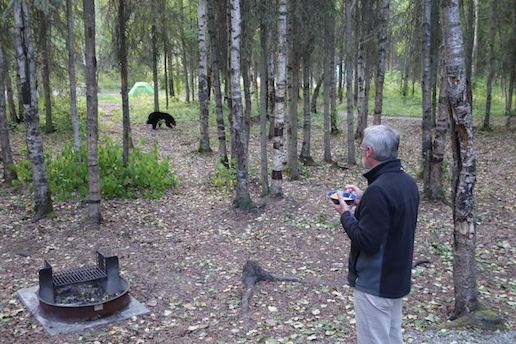 We also tried a bit of trail walk along the inlet where the views of Denali, North America’s highest peak,  were supposed to be good on a clear day. However the bushfires on the Kenai Peninsula and also to the north were worsening and the wind brought smoke towards the city causing the air quality to deteriorate during the day to the point where many people were wearing masks and it was unpleasant to breathe deeply. This didn’t make for great sightseeing or photos. 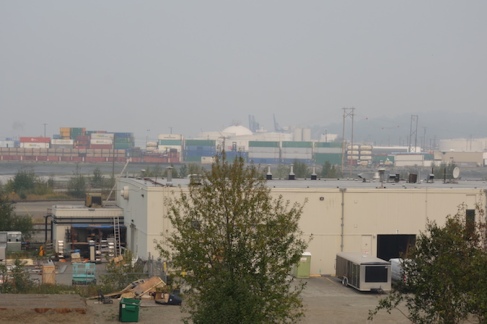 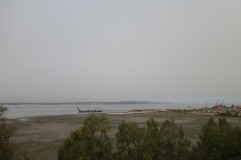 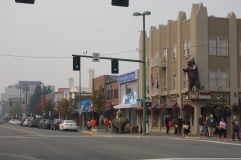 We always are mindful that so many of our days this year have been beautiful so these are days that you just feel sorry for the people who live there and those directly effected by the bushfires. We got to drive away but the fires were still burning a week later.