The Yellowhead Highway runs from Edmonton, Alberta to Prince Rupert, BC in Canada. Climbing up to Jasper in the Canadian Rockies then down past the beautiful and elusive Mt Robson(often shrouded in cloud), along the Fraser River to Prince George and eventually Prince Rupert on the Pacific Coast. 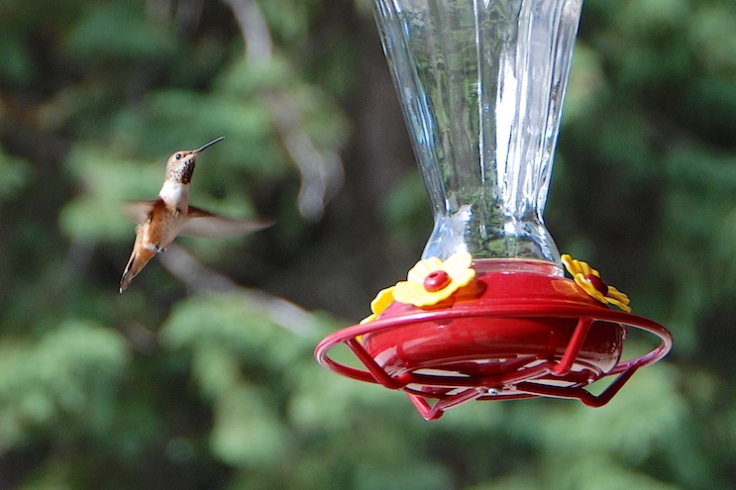 We drove from Banff to Jasper along the Icefields Parkway as we mentioned in our last posting, then joined the Yellowhead Highway at Jasper and headed towards Prince George where we were due to meet the others. The roads are lovely and the scenery consists of mainly pine, birch and aspen trees which line the roads. Low heavy cloud clinging to the mountains made it difficult to see at times and photography is not great. A highlight of the drive was a visit and walk in Chun T’oh Whudujut, an ancient red cedar forest. Walking through lush rainforest surrounded by trees over 1,000 years old was beautiful specially when you consider they have only recently been saved from a future as timber furniture. The Forest is also significant because it is a temperate rainforest – unique in that it is 800 kms from the coast. 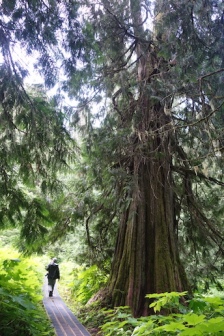 We enjoyed a fabulous catch up couple of days before leaving Prince George as a group again, to head further west along the Yellowhead Highway.
The road passes through several villages and communities along the Fraser River and we stopped in to visit the White Sturgeon Conservation Centre. This is a hatchery that breeds this particular variety of sturgeon because the dam built in 1959 damaged the spawning ground for the fish. It took a couple of decades for this to be discovered and now as part of the hatchery program, there is research being done into how to make the environment suitable for spawning again as the hatchery programme currently in place isn’t sustainable. Hmm a man made issue. This prehistoric fish, the white Sturgeon lives up to 100 years and grows to over 2 metres. A quite amazing fish. We saw some of the hatchlings in the breeding tanks and also some of the larger fish (over 1.5 metres long).

The adult females are caught and kept for a single year of spawning then tagged and released and never used again for their spawn.

Along this two day drive we also visited a replica Gitxsan village, the Ksan Historical Village and Museum. We took a tour of the 7 traditionally styled cedar long houses and learnt about daily life and the place of arts and crafts of the Gitxsan First Nation people prior to and during settlement. 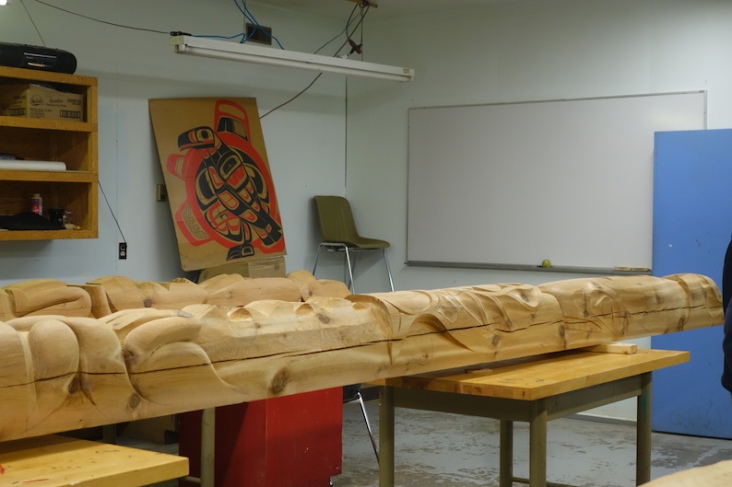 On to Prince Rupert a deep port on the B.C. coastline in a well protected inlet.

Here, the old waterside is dotted with a few lovingly restored buildings and a short distance away at Port Edward, we toured the now closed North Pacific Cannery Historic Site, built in 1898. Our guidebook tells us it’s the oldest and most intact salmon cannery remaining on the west coast of North America. Here the shop, office, homes and factory production line machinery are still available for visitors to view and it reminded us of our visit to Fray Bentos in Uruguay back in November. Another example of the hardship people went through in these challenging and far flung regions. 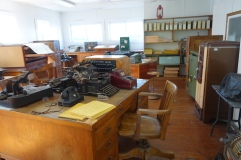 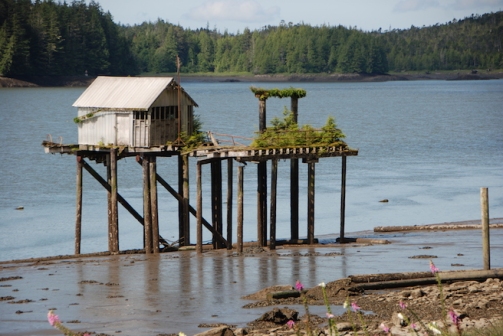