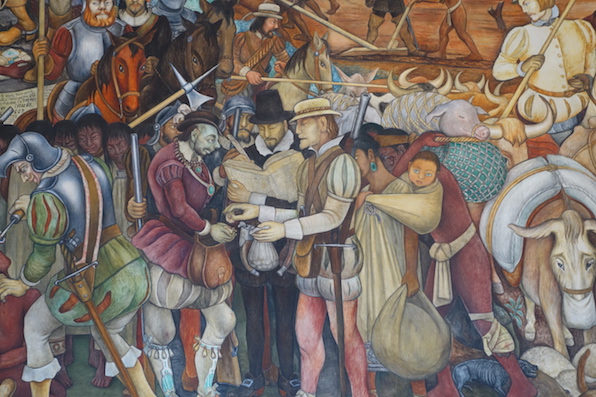 Having 5 days to ‘fill in’ whilst the car was in transit from Cartagena to Veracruz, we decided a visit to Mexico City might be a good way to have a break and explore a different kind of landscape. With a population of 35 million or so and a past reputation that doesn’t make it number 1 on most peoples’ bucket list, we were surprised that a number of travellers we had spoken to over the past couple of months had raved about their visits there.

So once our car was gone, we flew to CDMX(Mexico City) to spend some time as tourists before our first appointment with the shipping agent in Veracruz. 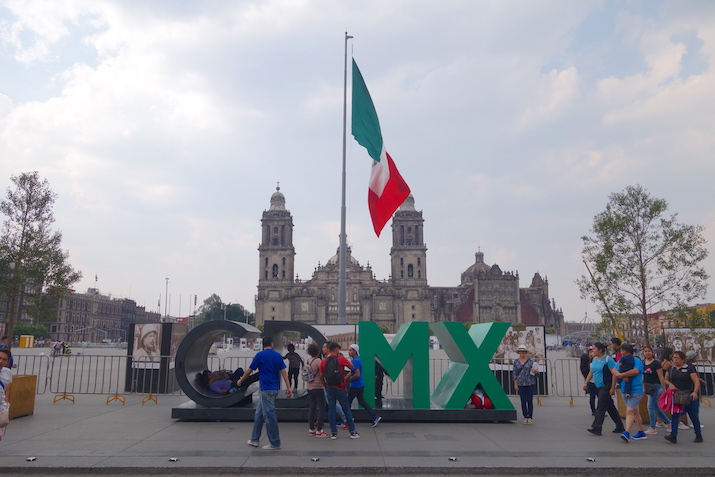 After our short time in the city, we now know why people have spoken so highly of this city. The first thing that struck us as we came through the airport was how orderly things were. Immigration processes, catching a taxi, the flow of traffic on the way to the hotel, it was quick and easy – not what we expected. Wandering around in the area adjacent to our hotel that evening was very pleasant, people were very friendly and chatty, the food on the street was more spicy than we’d had for some time and coronas cost a couple of bucks each. The traffic stayed in its own lane, cars stopped at traffic lights, didn’t constantly blow their horns and gave way to pedestrians at crossings – we were amazed!

Over the next few days we travelled far and wide in the city on the Hop on Hop off buses and were impressed by the number of people working on the streets to keep them clean. Walking the streets is entertaining to say the least. 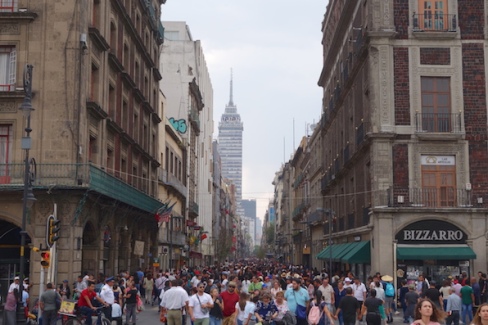 A few people out shopping in the city on Saturday afternoon. 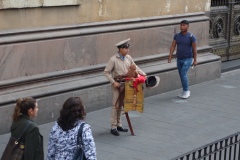 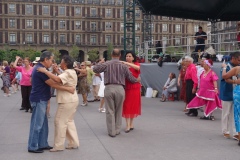 Salsa in the zocolo.

This band was playing music for Salsa dancers.

Many streets are tree-lined, the urban parks are huge and well kept and there seems to be more food cooked in little stalls on footpaths or in markets than in the restaurants. 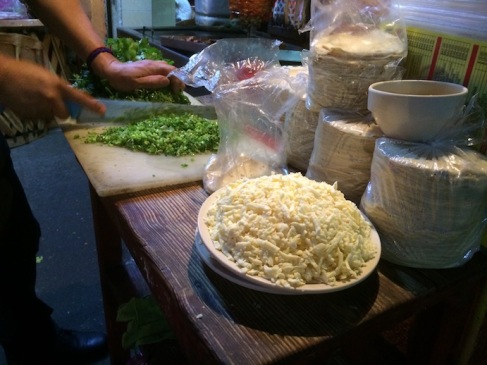 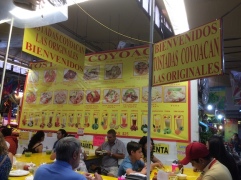 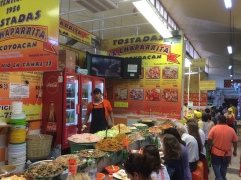 Coyoacan markets are famous for Tostadas. 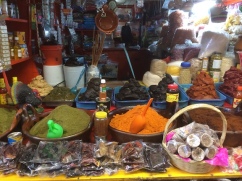 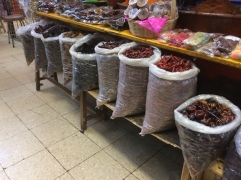 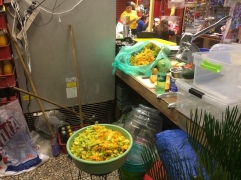 We were lucky that our hotel was in a quite trendy area surrounded by tree-lined streets, cosmopolitan cafes, bars, restaurants and beautiful plazas that you might expect in Melbourne, Paris or London. 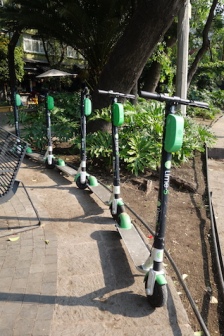 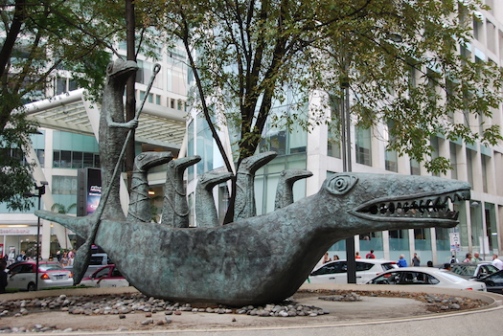 Mexico City is known for its air pollution problems and many people asked us how were were coping with the smoke in the air. It was significantly worse than usual due to recent bushfires and we could see this more clearly on the way to Teotihuacan. 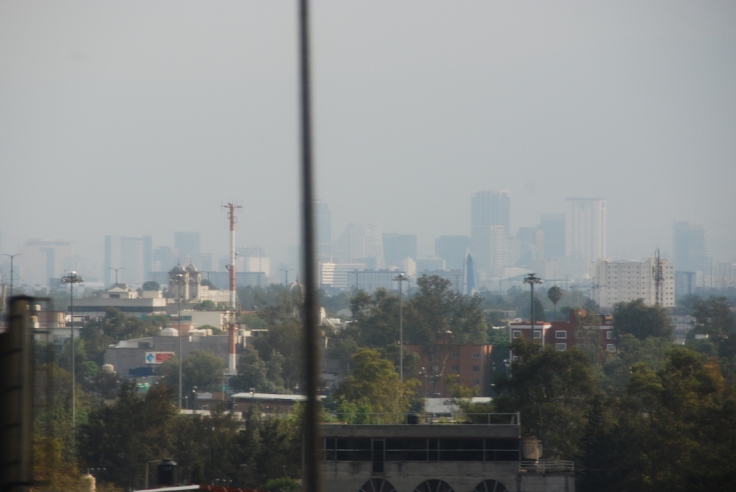 The drive to Teotihuacan takes you past some more densely populated areas, more like we’d imagined Mexico City would be like. 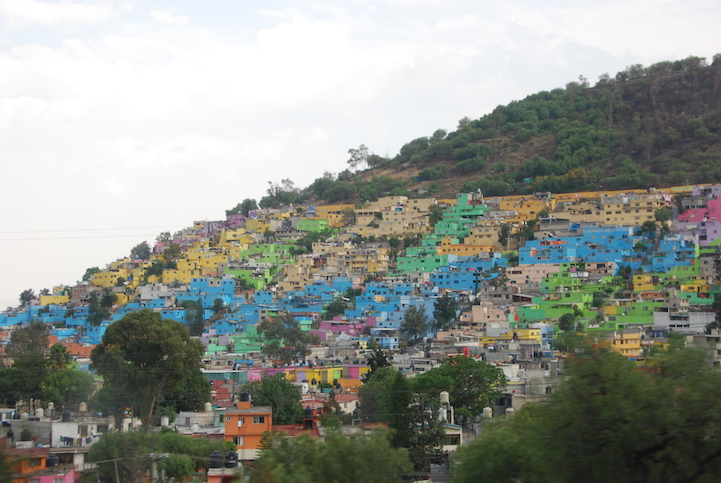 Teotihuacan lies 50km northeast of Mexico City and is best known for its two massive pyramids which dominate the ruins. The complex once covered an area of 20 sq km and was considered Mesoamerica’s greatest city. Teotihuacan’s Pyramid del Sol dominates the complex. 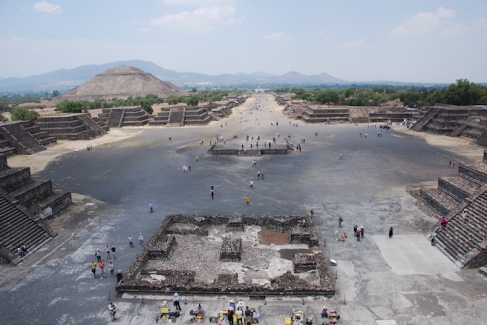 The complex is 2km long. 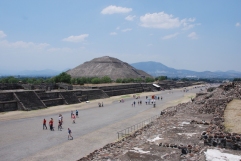 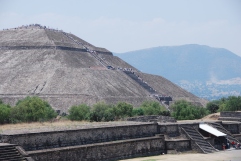 There are people climbing! 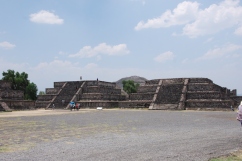 Stewart perched on a small pyramid shows the size. 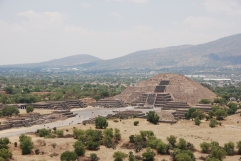 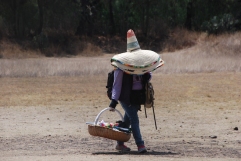 The best way to carry hats!

The Nacional Museum of Anthropology  and the Nacional Palace were impressive and out of town, the ‘pyramids’ of the ancient Teotihuacan civilization were worth the visit. 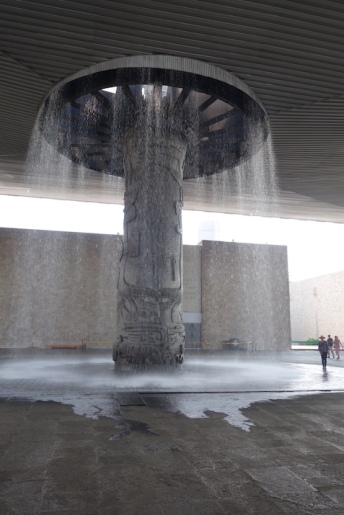 The centre court fountain at Nacional Museum of Antrhopology. 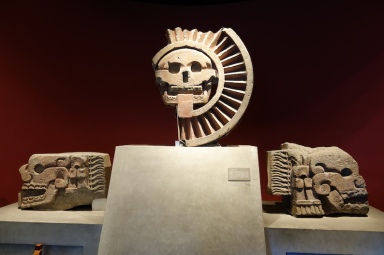 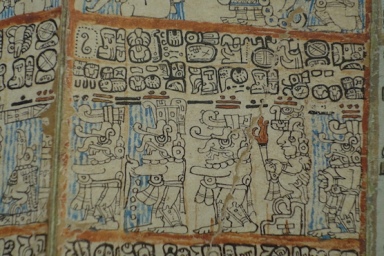 The Mayans had a written language similar to the Egyptians.

We could have stayed longer in CDMX. With its fabulous food, long history, interesting architecture and amazing range of museums and art galleries, it appeared to us to be a city worthy of more exploration! There is so much to see and it was not till we left that we realised just how much more there was to see, explore and experience in this amazing city. 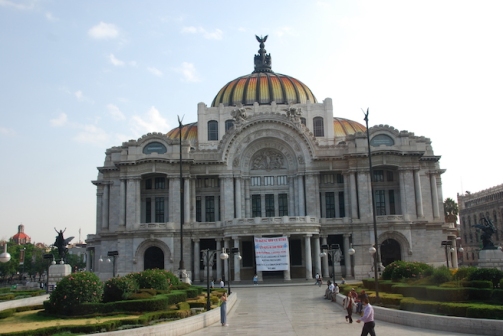 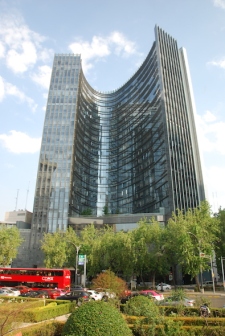 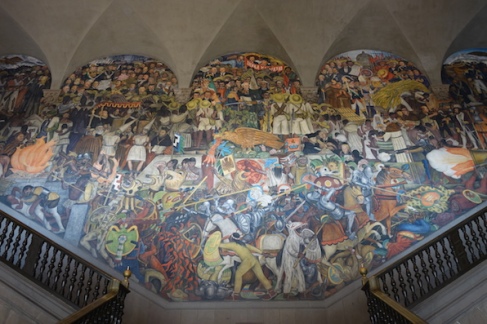 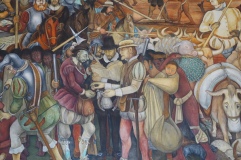 His art is so rich with illustrations of Mexican life. 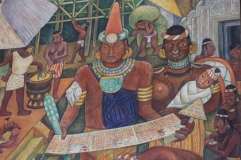