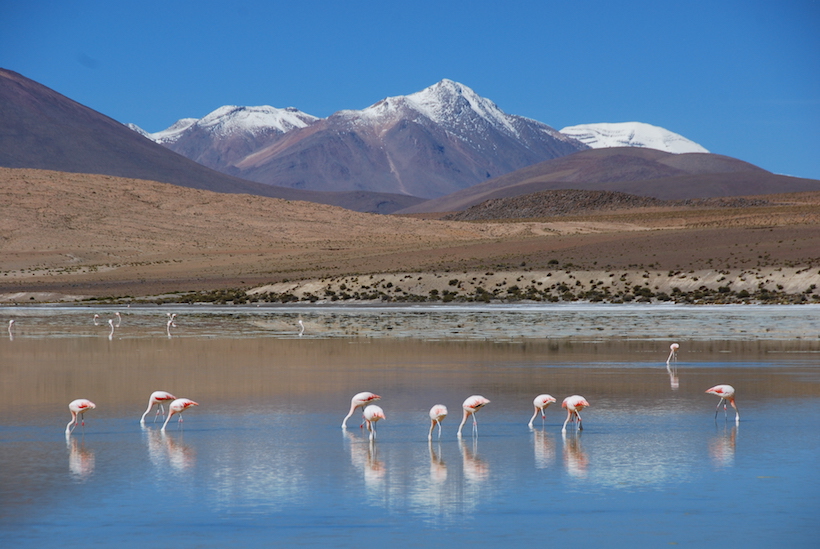 Leaving Calama, we headed north east through the desert for the border town of Ollague, Chile about 190km’s away. The road was very good and there wasn’t a cloud in the sky as we slowly climbed to about 4,000 metres. 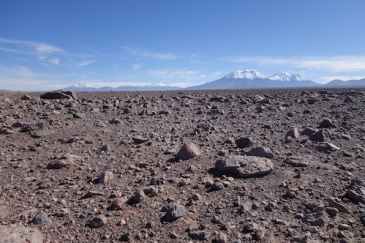 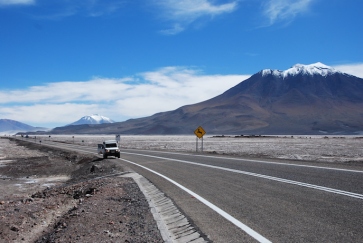 The desert kept changing from rocky to sandy, salt lakes dotting the landscape or running along the edge of the road. Always spectacular, sometimes close and sometimes in the distance were snow capped volcanoes, two of them with smoke coming  from vents at different levels. 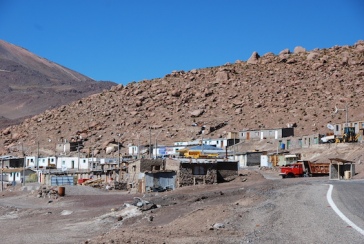 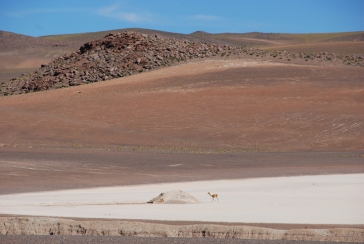 There are no towns to speak of along this route, a bit of small scale mining obviously goes on by the look of the small clusters of shacks seen and some people also eek out a living harvesting salt from the many salt lakes around. 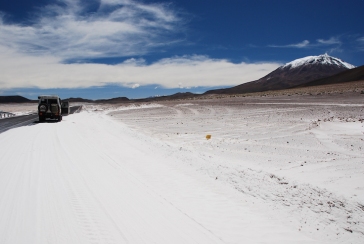 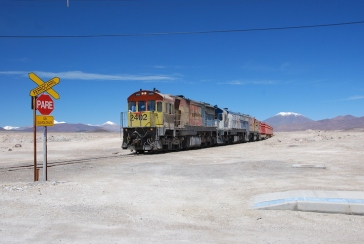 The landscape is stunning. At the border town of Ollague and we stopped at the railway line, where a fully laden train was sitting at the crossing. Loaded with massive barrels of we don’t know what (no markings), he was also crossing the border into Bolivia. 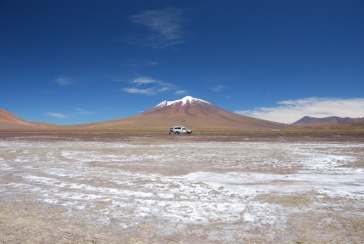 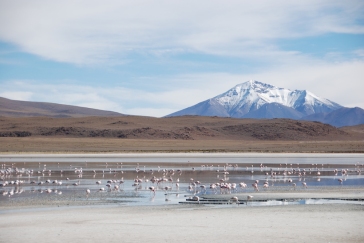 Border crossing completed with no problems (after we worked out where to go, woke up the Auduana (customs) boys and sat around patiently as they deciphered the info on our car registration form) we headed into Bolivia much later than we had expected. The road was hard packed dirt with the occasional hole that would swallow small cars – meaning easy going! Stopping and taking photos really eats into your time, but, with the call of ‘we won’t be back here again‘ we stop a lot! The salt lakes running up to the base of the mountains were made more picturesque by the huge number of flamingoes feeding. We simply can’t go past a lake with flamingoes without stopping for that elusive perfect photograph. 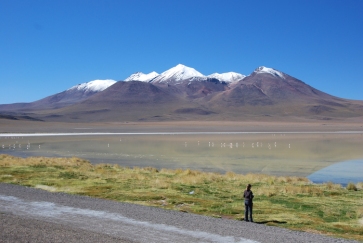 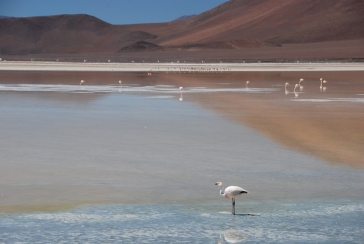 Although Uyuni was our destination, we realised it would be a stretch to get there at our current rate of travel so we turned off the ‘main’ road and headed to a ‘hotel’ that Ailsa had found on iOverlander. There were warnings about this road so we were prepared for the rocky, steep climbs and sandy valleys we went through. This is where we first came across the tour vehicles (90% of them Landcruisers) that travel between San Pedro Atacama in Chile and Uyuni or Tupiza in Bolivia and vice versa. They carry seven passengers (usually young thrill seekers) and take 3 or 4 days stopping at the many lakes, volcanoes and highlights along the route. They travel fast and stop often and there are many of them – along this 27km track we encountered 10! 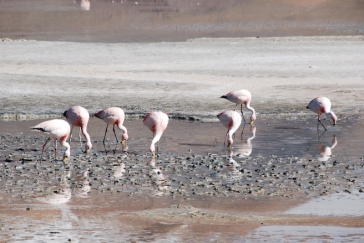 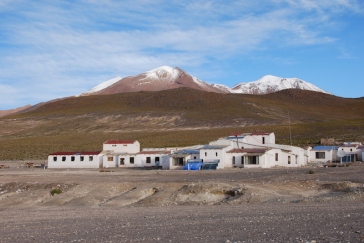 At just over 4,200 metres this collection of adobe buildings provided a very comfortable room for the night. We had a lovely candle-lit (yep!) meal, enjoyed a magnificant sunset over the lake and a horrible night of raging headaches, courtesy of the high altitude. You can’t have everything eh! 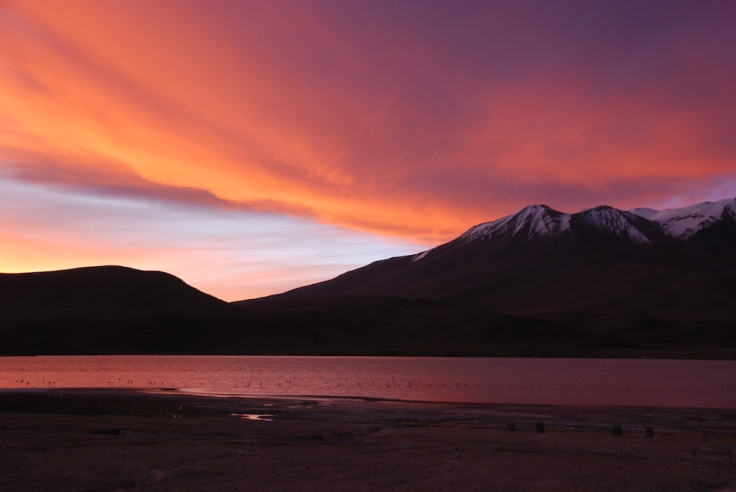 3 thoughts on “Into Bolivia”