North of Salta, we passed through the Quebrada de Humahuaca region, an area of great roads and spectacularly colourful landscapes. We spent a day and a half driving the area and visiting the small but busy tourist towns of Humahuaca and Tilcara.

Big, coulourful mountains – a feature of the area

The cemetary on a hill overlooking Maimara

The area has a very different cultural look and feel to it and as we are very close to Bolivia, the people here have distinctive features that set them apart from most Argentinians. 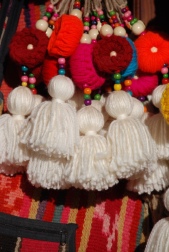 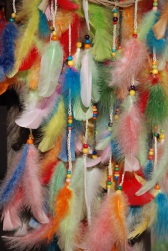 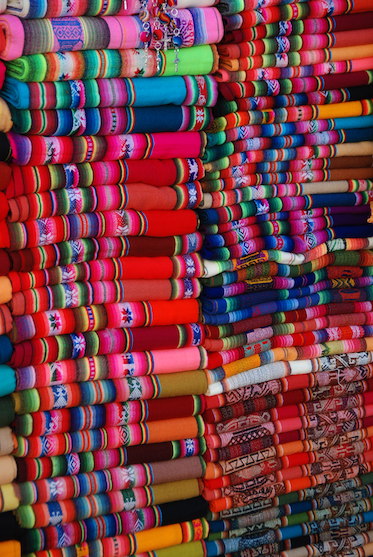 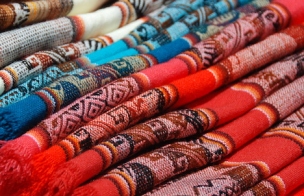 We stayed in Purmamarca for our last night in Argentina, enduring the now pretty common barking camp ground dogs. Come morning we decided to have a quick look around the town before heading over the pass to Chile. After a 45 minute wander and some photos we drove out of town. 300 metres up the road Stewart pulled over as the oil light was on. Checked under the bonnet and found the oil filter was on its side on top of the starter motor (this is not where it’s supposed to be!) and all our engine oil was coating the engine bay and decorating the road back as far as we could see. Stewart got on the radio to Tom who was behind us, only to learn that exactly the same thing had happened to him – just 100 metres back from us. Clarkes were staying in a town 22 kms away so we phoned them to warn Pete to check his oil filter. Barb answered and informed us that the same problem had just happened to them and Pete was hitching back to town – they made it about 15k’s out before their oil filter dislodged. The whole situation is too bizarre to contemplate! We won’t go into what transpired over the next 4 hours and how we all got going again – suffice to say on close inspection with some precise measuring equipment, the filter’s threaded section was minutely oversize, meaning they tightened and sealed – until they didn’t! Anyway, the situation could have been far, far worse – doesn’t really bear thinking about! We are all back on the road and the cars are still performing fantastically. Whew!

4 thoughts on “Problems on the Way to the Pass!”