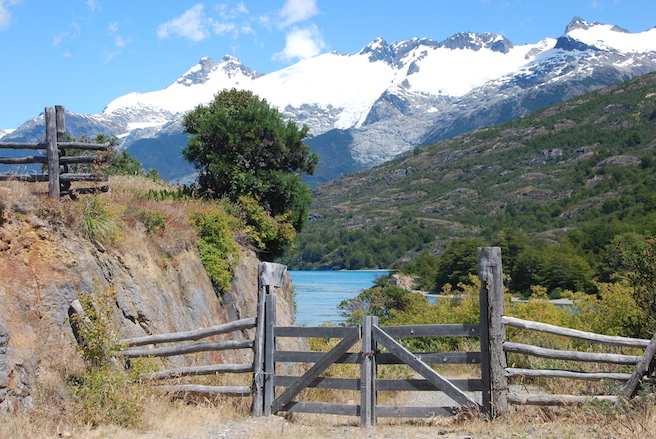 The one-man border crossings at Paso Roballos were quick and easy and a good reason for choosing to cross at these remote locations. With the weather looking darker and the winds roaring, we travelled along the bottom of an enormous valley, passing through the privately owned Parque Patagonia and joined the Carratera Austral just south of Cochrane.

A bit of information on this iconic road / goat track / engineering marvel is probably deserved at this stage. The Carratera Austral, also known as Chile’s Ruta 7, runs about 1,240 kilometers from Puerto Montt at its the northern end to Villa O’Higgins in the south through rural Patagonia. You really need to experience ‘rural Patagonia’ to have an idea of what building this road entailed! When it was started in 1976 under the dictatorship of Augusto Pinochet, to reach Patagonian Chile by land, you had to drive into Argentina and then South. Relations between the two countries have not always been sweet, particularly around border-lines. Hence the decision was strategic, to ‘strengthen the Chilean presence in these isolated territories and ensure the land connection to the rest of the country’. Great idea, but ….. this whole area is a place of incredible challenges with massive mountains covered in thick forests, glaciers, fjords and what has to be some of the most extreme weather on the planet! It’s no wonder that it took 10,000 soldiers from Chilean’s Engineering Command to work on this project, the last section to Villa O’Higgins being finally opened in 2000. For these reasons, it is a wild experience to drive this road, in particular south of Cochrane – wet, gravelly, pot-holed roads, high altitudes, waterfalls, massive drop-offs with few barriers, steep switch-backs and one-way bridges, rock slides littering the road …. think of driving challenges and this road has them! It’s wonderful, if not at times very scary for the co-pilot/navigator. 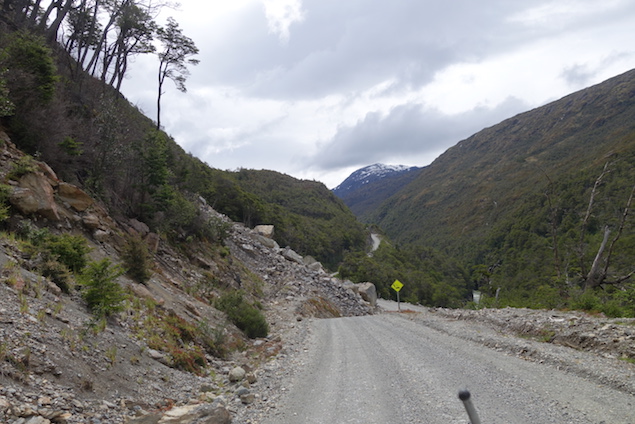 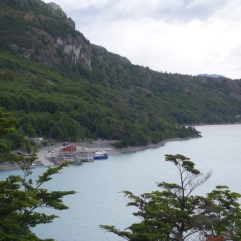 The furthest South you can go on the Carratera 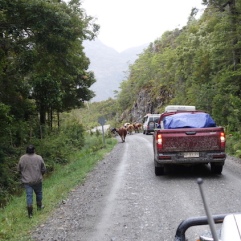 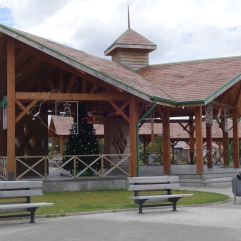 The centre square of Villa O’Higgins

We spent 12 days travelling just over 1000km’s to the southern most point possible by road, then turning around and headed north as far as Parque Pumalin, before jumping on a ferry from Chaiten across to Quellon on Isla Grande de Chiloe. 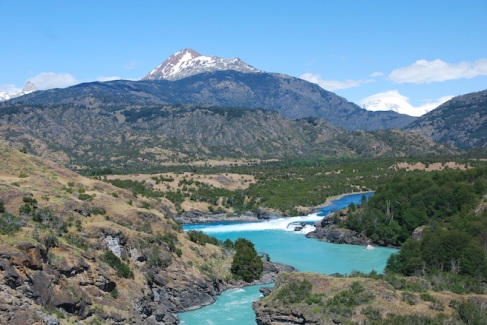 The confluence of 2 big rivers – check the different colours and levels of the rivers! 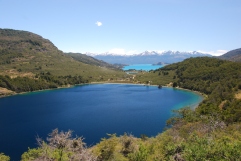 A couple of he ‘magical’ lakes 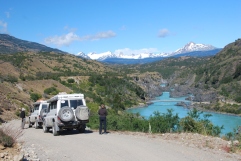 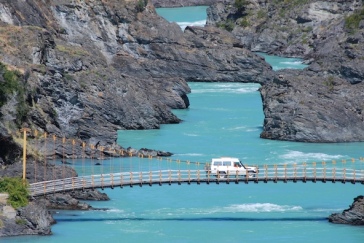 This was a fun drive – Ailsa walked across! 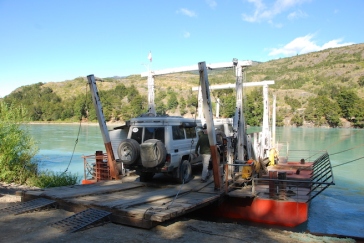 One man operated this punt – powered only by the current of the river – how?

Some highlights during this 1200km journey, in addition to the southern piece of road as described above, include the beautiful lake views around the western edge of Lago General Carrera, the amazingly aqua Rio Baker, the marble caves at Puerto Tranquillo and the walk (climb!) up to the still smoking Volcan Chaiten which erupted in 2008 and closed Parque Pumalin for several years. We also passed another recent natural disaster – the 8km landslide caused by a GLOF (look this one up!) which destroyed half of the small village of Villa Santa Lucia not far south of Chaiten in December 2017, killing 20 people. The repair work to roads and infrastructure from this event is still going on. Such are the ongoing challenges of the Patagonian environment. 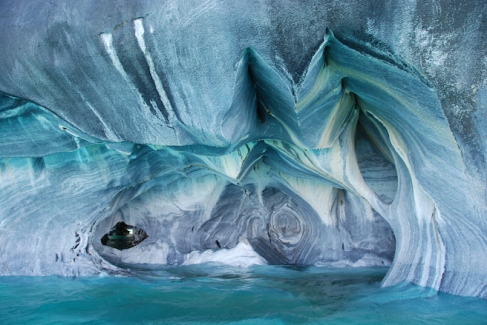 Beautiful patterns inside the marble caves 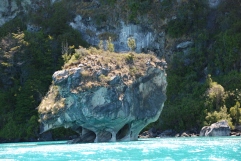 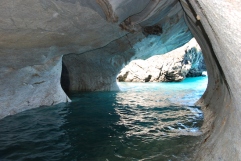 2 thoughts on “The Carratera Austral”