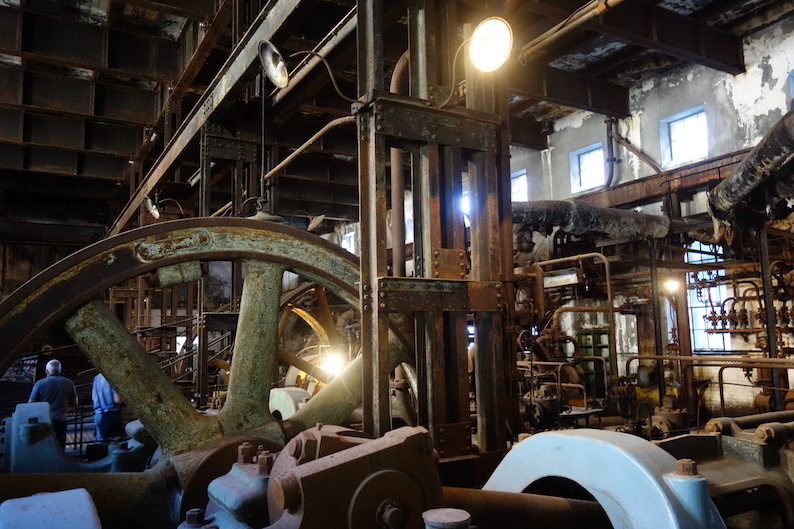 Fray Bentos and a tour of the Museum of the Industrial Revolution (read: Meat Processing Plant!)

Many of you will recognise the name of this town from your younger days – perhaps from a culinary point of view! Yep, this is the place the legendary OXO cubes and canned meat came from! Now a UNESCO World Heritage sight, the factory opened in 1863 and what a significant history it has not just in Uruguay but also from an international perspective. We were lucky to again have an English speaking guide on a tour of this quite amazing place.

A few facts for you: A German bloke came up with the idea, managed to get funding from a Pommy bloke and produced concentrated beef protein and canned meat which was exported to a large number of countries around the world. At the height of this venture, this factory in a small South American country was supplying both the German and British armies with food during the First World War! The factory produced over 200 different products for export, including soap, oil and fertilizer – the factory workers claimed everything from the cow was used except the ‘moo’! At one point the factory was slaughtering and processing 1500 cattle per day, yes this is not a typo, 1500! The massive concrete freezer held 10,000 tons of meat and 3 ships a day could be loaded for export. 4,500 people worked at the factory, employed in everything from making the tins, bottles, packing crates and even printing the labels.

Our guide assured us that today there is no-one born in Fray Bentos that does not have an older relative who didn’t work at the factory at some time. The Brits sold the factory to the Uruguyan Government in 1967 and it closed for good in 1973.